Viva Las Vegas! The Trump train rolls into town for a rally Thursday night at the Las Vegas Convention Center. President Donald Trump will give a boost to several Nevada candidates engaged in hotly-contested races where turnout will likely decide the winners. 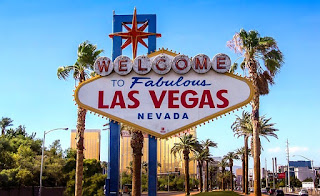 
Sen. Dean Heller is in a razor-sharp race with Democrat Jacky Rosen, a self-described "Hillary person." Recent polls show them in a virtual dead heat. The latest, from Ipsos, has Heller with a 3-point edge.

Since my opponent, Democrat Jacky Rosen, won’t debate me ...

My Record: 100+ pieces of my legislation have been signed and passed to help Nevada families, small businesses, and our Veterans.

Conservative radio host Wayne Root has been tapped as the opening speaker for the rally.

We're excited to announce our support for @DannyTarkanian in NV-03, one of the most important races for the GOP in the country! #MAGAhttps://t.co/8zNptXLiu7
— America First (@AmericaFirstPAC) September 19, 2018

How to watch online: Right Side Broadcasting Network streamed the full Trump speech and festivities:

“To take a man like this and besmirch, now with that being said, let her have her say and let’s see how it all works out. But I don’t think you can delay it any longer. They’ve delayed a week already.”