The New York Times published an anonymous opinion piece on Sept. 5 that was purportedly written by a member of the Trump administration. The secret Trump critic calls himself part of "the resistance" and list what s/he believes are Trump's failures, both personal and political. 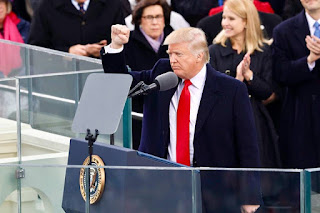 Does this secret person exist? Some question the honesty of the New York Times, suggesting that the anti-Trump newspaper invented this anti-Trump critic.

Does the so-called “Senior Administration Official” really exist, or is it just the Failing New York Times with another phony source? If the GUTLESS anonymous person does indeed exist, the Times must, for National Security purposes, turn him/her over to government at once!
— Donald J. Trump (@realDonaldTrump) September 5, 2018


Greg Gutfield, a host on Fox News, has indicated his belief that the New York Times invented the critic:

How you know @nytimes wrote it: Why would someone trying to work secretly to control Trump's harmful impulses write an op-ed piece for the NYT? Isn't that exactly the OPPOSITE thing you would do to control his impulses?
— GregGutfeld (@greggutfeld) September 8, 2018


Many have called on the critic, assuming he exists, to do the honorable thing and resign. Trump has called on Attorney General Jeff Sessions to investigate the identity of the anonymous critic.

If you're not interested in helping the president, you shouldn't work for the president as far as I'm concerned.

It really is an assault on our democracy and it should be universally condemned.

It has been pointed out that President Obama prosecuted staff leakers, gave lie-detector tests, and was called "paranoid" by his own sycophant media. A report from the Committee to Protect Journalist quoted a New York Times Washington reporter calling Obama's White House "the most closed, control-freak administration I've ever covered."

White House staffers believe the anonymous writer does exist and have narrowed down their list of suspects to just a handful.

Many believe the writer isn't really a "senior" White House staffer, as portrayed by the New York Times, which has a history of exaggerating the importance of their anonymous sources.

The op-ed is suspicious since it repeats so many things that the New York Times and other mainstream media outlets have been saying about Trump since he was elected. The NeverTrump crowd has made the same unsupportable charge that he is "amoral" without providing anything approaching convincing evidence. Amoral on the scale of Bill Clinton or JFK? Hardly.

The writer is upset over Trump's attacks on the press, oblivious to the fact that the mainstream media declared war on Trump even while he was still a candidate. The New York Times itself has published "rationales" explaining why the press must be biased against him, tossing aside standard journalistic objectivity. Journalism has a function, and engaging in a war with a president from the radical left of the political spectrum isn't part of the deal.

Without doubt, the anonymous critic could exist. Trump has allowed far too many Obama holdovers to remain in their positions, and they have no desire to further his agenda, but to thwart it. Countless federal workers in Washington DC are radical leftists who will continue to fight against any Republican. DC isn't called the Swamp for nothing, and the Swamp Creature epithet isn't undeserved.

As time passes without the op-ed writer coming forward or efforts designed to uncover his identity remain futile, the greater the likelihood that s/he is a fictional creation of the New York Times.