My Review of "The Message" Podcast

I was drawn to "The Message" by the intriguing subject matter, which crops up in the news periodically. A purported message to Earth from intelligent aliens living on a planet light years away from us. 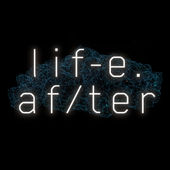 I listened to all the episodes despite some shortcomings. The problem is the script, not the voice actors. I felt like I was listening to the audio version of a science fiction B movie. The IT and science talk is nonsense, but that didn't bother me so much, because who expects believability from fiction such as this.

But still, the final resolution was way over the top and unconvincing within the context of the fictional plot. Still, I felt it was worthwhile, just like some B movies.

I've recently discovered fictional podcasts such as this one. Supposedly they have become popular. I'm plotting to write a few my own fictional podcast series. It's a different kind of writing than what I've been doing with my novels and short stories.

My favorite podcasts are old-time shows like Sherlock Holmes, with Nigel Bruce and Basil Rathbone, and the Bob & Ray comedy show.