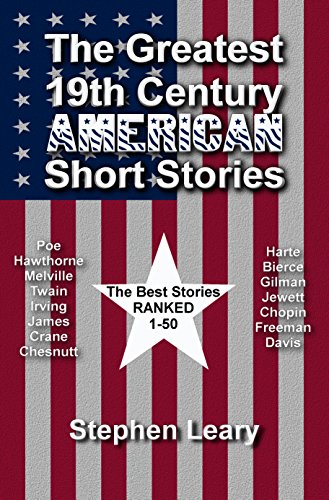 Edgar Allan Poe’s “The Fall of the House of Usher” has been named the Greatest 19thCentury American Short Story.
The story was first published in the September 1839 issue of Burton’s Gentleman’s Magazine. The magazine was published in Philadelphia and Poe was the editor and a contributor in late 1839.
Usher is the most anthologized American short story ever, appearing in many literary anthologies since the early twentieth century.
The story placed Number 1 in a new book The Greatest 19th Century American Short Stories by Stephen Leary, who used a point system to rank the top fifty stories.
"I awarded each story points every time it appeared in an important anthology, literary database, or website," he said.  “Poe’s Usher tallied the most points of any story by any author. I think it is beyond dispute that it is the best American story from that century.”
Placing high were other stories by Poe, Nathaniel Hawthorne, Herman Melville, and Washington Irving, among others.
“The other ‘best stories’ collections rely on the opinion of one person. I realized it doesn’t matter who the editor is, readers will always disagree. So how do you turn a subjective opinion into an objective fact? With statistics on scholarship that has built up over the course of a century.”
My Amazon AUTHOR Page is HERE.
Posted by Stephen Leary at 7:58 AM