Though Hillary Clinton lost the general presidential election of 2016 to Donald Trump, she won the District of Columbia with a Sovietesque 93% of the vote to Trump's paltry 4%.

How are such numbers even possible in an open Democratic society? Josef Stalin wasn't running on the Democrat ticket in a communist society. It was Hillary Clinton, wife of former president Bill Clinton. 93% in a free and fair election raises ugly questions about just what is going on in DC.


2016 US Presidential Election (District of Columbia) Hillary's total for the District of Columbia is in spitting distance of Stalin and Brezhnev's 99% but Hillary did it the hard way. There were other viable candidates running in the election, and she didn't even win!

Donald Trump received the lowest percentage of votes in the District of Columbia in modern times, and probably ever. Hillary Clinton's 93% is greater than Barack Obama's winning percentages in 2008 and 2012.

Hillary's lopsided victory tells us the District of Columbia equals the Democrat Party to almost the same extent that the old Soviet Union equaled the Community Party.

The District has been trending further and further to the Democrat Party for decades. It hardly matters if the next Republican candidate is Donald Trump or anyone else. No Republican can expect to receive as much as 10% of the DC vote, and the Democrat can count on at least 90%. 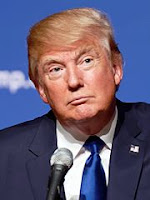 Voter fraud? DC doesn't need fraud to give its 3 electoral votes to the Democrat candidate. The entire culture of the city is at fault. The residents tie their own personal finances to big government. Many of them hold big-paying jobs in the federal government, salaries undreamed of for the same work in other parts of the country.

When Donald Trump said he wanted to "Drain the swamp," he was primarily pointing the finger at the District of Columbia.