A "long lost" short story written by F. Scott Fitzerald has been found. The story is called "Temperature" and was written in 1939, long after Fitzgerald's star had faded.

He had mailed it himself to the Saturday Evening Post, but it was rejected. Is it any good? Readers of The Strand can read it now; it will appear online in 3 months. The Strand specializes in mystery stories, but apparently this isn't one. 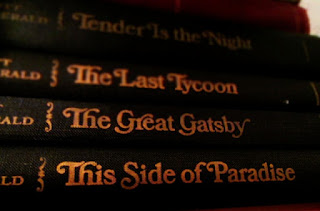 How was this lost story found? The managing editor of The Strand had been rummaging around in Princeton University's rare book and manuscript archive. It seems odd that someone would walk in the door, look through their boxes, and Eureka! discover lost or unknown items by one of the most famous authors the US has ever known, but there it is. Anything else lurking in that archive that hasn't been cataloged or noticed missing to the world--Bach's lost compositions perhaps?

Lost stories or writings by famous authors are always turning up. Just recently a new Sherlock Holmes story by Conan Doyle was found. And a short piece by Ernest Hemingway. So missing things are sometimes found--including musical pieces by Bach.

What's needed by humanity is a SciFi "Wayback Machine" to go back and discover all these things that have gone missing over the ages.