A documentary aired on German TV called "Putin the Man" and was quite uncomplimentary to one of the most powerful people on the planet.

Among Putin's weaknesses:
A popular book on Putin is The Man Without a Face: The Unlikely Rise of Vladimir Putin. 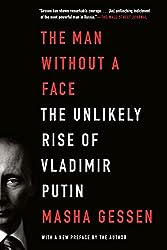 Posted by Stephen Leary at 4:32 PM