Would Obama Riot If He Weren't President?

Ever since Obama kicked off his presidency by stating his opinion that police acted "stupidly" by arresting a black Harvard professor, his relations with law enforcement can be defined as closer to adversarial rather than collaborative.

Obama's speeches on the Ferguson riots seem designed more toward implicating police rather than what he described as a "handful" of protesters breaking the law. 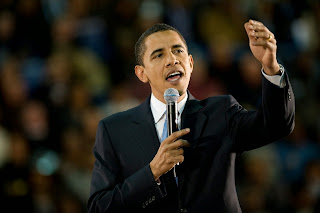 His words of advice to avoid committing violence seem overly lukewarm and half-hearted, as if he doesn't want the riots and law-breaking to stop, he merely wants a level of rioting somewhere between the polar opposites of no riots and the entire country burning down.

If Obama weren't president, would he be out there in Ferguson rioting, throwing stones and whatnot at the police?

His sympathies are never far from protesters no matter who is to blame and for what, and he can never resist getting in his little digs at law enforcement who are tasked with protecting law-abiding citizens; in other words, non-rioters.

Obama plays a role akin to a "conquering general" who leads an invading force against the indigenous population. Often he takes this role when talking about illegal immigrants, favoring them over citizens, but in this case he is the "leader" of the rioters.

Race relations, if anything, are worse than when Obama took office, and he was supposed to usher in a post-racial society. Yet many have the feeling that civil unrest is a linchpin of Obama's underlying domestic agenda, with no lack of evidence to back that up.

Posted by Stephen Leary at 7:39 AM